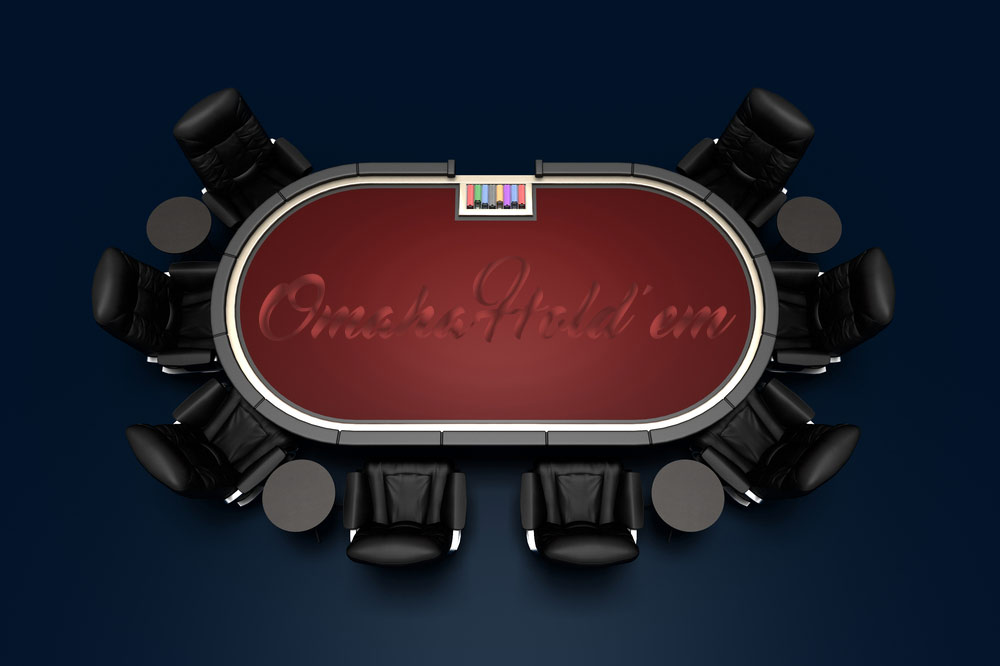 A quick overview of the Omaha Hold’em rules

The best way to explain the rules of Omaha Hold’em poker is probably by comparing and contrasting them to those of Texas Hold’em. So, here’s a recap.

In Texas Hold’em poker, players are each dealt two cards which they keep secret from other players. These cards are known as your ‘hole cards’. Now comes a round called the pre-flop stage when players place their bets, abstain from betting or (if their hole cards don’t look very promising at all), fold and sit things out until the next game. Now comes the flop stage when the dealer places three cards face up on the table. These cards are known as the ‘community cards’. Each player then attempts to make the best possible five card hand that they can by combining their two hole cards with the three community cards. The player with the best hand wins.

So, how is Omaha Hold’em poker played?

Omaha Hold’em poker is a little different. The main difference that you will notice straight away is that there are more cards flying around the poker table. In this game, each player is dealt out a grand total of four community cards. Then, the dealer deals five community cards face up on the centre of the table. Each player needs to make the best possible five card hand that they can by combining two of their hole cards with three of the community cards. Unlike Texas Hold’em poker, which can use multiple decks shuffled together as one, Omaha Hold’em poker is played only with a single deck of 52 cards. This is also known as a French Deck.

The advantages of Omaha Hold’em poker over Texas Hold’em

Many poker players prefer to play according to Omaha Hold’em rules for four key reasons:

A quick nugget of information

Here’s a fun fact: did you know that Omaha Hold’em is not the original name of the poker variant that we have just been describing? It was originally called ‘Nugget Poker’. This is because it is supposed to have been invented at the Golden Nugget Casino in Las Vegas.

Almost all popular online casinos will offer some form of poker played according to Omaha Hold’em poker rules. Many poker players prefer to join in with live dealer games of online Omaha Hold’em poker, rather than opting for the computer generated variety. This is because there is an extra thrill in the live action of a live dealer game as you challenge other poker lovers from across the world. In addition, there is a human touch to this type of poker game – particularly when your dealer has a lot of charisma – that can make it an unforgettable experience.