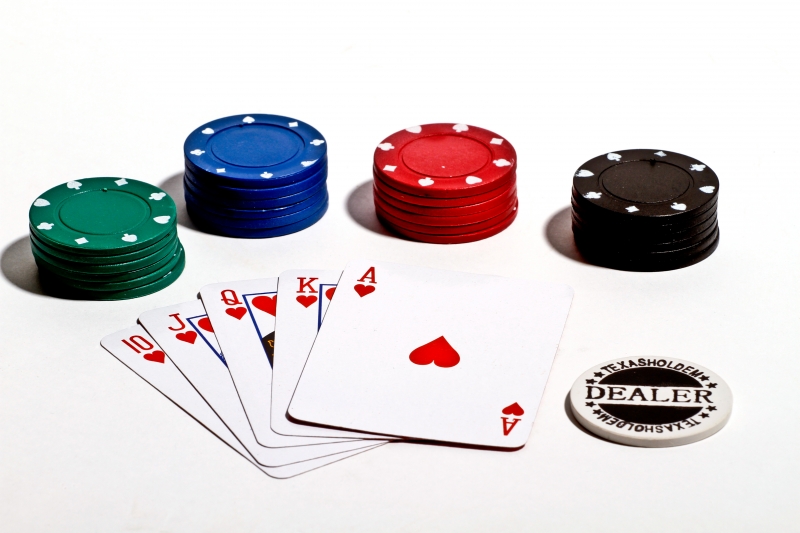 There are many different varieties of poker that can be played to spice up your home games. We’ve sorted through them all to pick the best fun poker variants you can play at home.

Texas Hold’em is perhaps the best-known poker variant and is easy and fun to play at home. Texas Hold’em poker rules dictate a round disk is used as a “dealer button” – a button to mark which player would be the dealer as the game progresses.

The game begins with the dealer shuffling the standard 52 size deck of cards. The two players left of the dealer must then submit a certain amount of money into the pot so that there is cash to be played for on every hand. We call this “posting the blinds”. Usually the first player, or “first blind”, provides half the minimum, and then the second player provides the full minimum. After this, each player receives two face-down cards, which we refer to as “hole cards”.

Once each player has their cards, betting can begin! The player to the left of the second blind goes first. Each player can take a variety of actions, such as calling, raising, or folding.

Once the first round has finished, the dealer will get rid of the top card on the deck. This helps to stop cheating. Then the dealer puts the next three cards from the deck face-up on the table. Two more cards will eventually be added to these, to make what is known as the “community cards”. Community cards are used in combination with hole cards to form the best Poker hand.

Another round of betting begins once the three cards are face-up on the table. Players can call, raise, fold, or they can check their cards.

During the final round, players can use any possible combination of their secret hole cards and the community cards to make a poker hand. After this round, every player still in the game must reveal their hand, and whoever has the best hand wins!

Omaha is another variant of hold’em poker games that can be played at home.

Omaha can be played by between two and ten players and uses a standard size card pack. With more than two players, the “small blind” is placed by the player on the dealer’s left, and then the next player posts the “big blind”. If only two people are playing, the dealer does the small blind, and the other player the big blind.

The dealer will discard the first card on top of the shuffled deck and then deals face-down until everybody has four cards. These four cards are referred to interchangeably as either hole cards or pocket cards. Players are allowed to look at their own cards but it is against the rules for players to look at the cards of another player. Players are also not allowed to show their own cards to anybody else.

Once each player has their cards, the first round of betting can begin. The player to the left of the big blind goes first.

Following the final betting round, the showdown begins. All active players show their four cards to everybody else at the table. Then players make the best possible hand they can using exactly two of their own cards and exactly three cards from the table.

It is important to note that in Omaha the best hand wins even if its owner doesn’t realise they have the best hand!

There are plenty of other fun poker variants. We’ve listed the rules for our favourites below. Each one plays the same as Texas Hold’em except for the changes we’ve noted.

Speed River Runs Wild has the rule variation that a four card straight is considered a hand.

In River Of Blood, if the last card dealt to the community cards is red, you have to keep playing! There is another round of betting and another card gets dealt to the community cards. This is followed by the showdown… unless the sixth card is also red, at which point another round of betting commences. This continues until the river card is black.

Aviation gives players four hole cards. One of these cards gets discarded pre-flop, and another after.

Double Flop is one of the more complicated hold’em variants. In Double Flop, there are two separate sets of community cards dealt at the exact same time. Players make a hand with each of the two boards and the winnings are split between the high hands for each of the sets.

In The River Wild the last card (or “river” card) played to the community cards is wild, and all cards of the same rank are also wild.