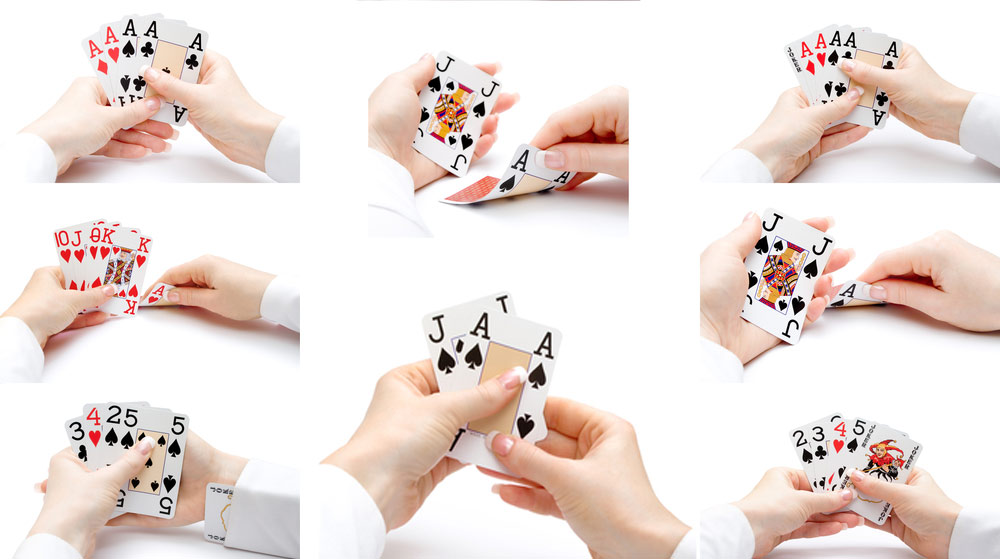 The basic hands are the same as for any poker game – if you don’t know them, there are lots of places online where you can find out what they are. As with other poker games, the aim is to make the best five card poker hand that you can.

Unlike other popular poker games, such as Texas hold ’em, the five card draw poker rules mean that at the flop, each player is dealt five cards face down. There’s then another round of betting. Each player who is still in the game is allowed to discard any number of the cards they have been dealt, and draw new ones to the same number from the dealer.

If a player is happy with their cards and doesn’t wish to draw any new ones, they “stand pat” – that is, sit and wait for the next round of betting. Once everyone has discarded the cards they don’t want, and been dealt new ones, there’s another betting round and then a “show” where all remaining players show their hands.

People used to home games will be used to putting an ante into the pot before the deal. In five card draw poker online, you’ll find the big blind and small blind betting structure, familiar to players of Texas hold ’em. There are pot-limit, fixed-limit and a few no-limit five card draw games online.

Five card draw poker is a very fast game and when you’re playing online there is a major temptation to play too many hands, drawing to flushes or straights. You need to know some basic rules about what to discard and what to hang onto.

It’s tempting to get excited if you’re dealt a four-flush (four of one suit) or a run of four – but the statistics are hugely against the single card you’re going to draw being the one you need. Of course in a run where you can fill from high and low, you have a bit more of a chance, but generally this is not a winning five card draw poker strategy because you won’t achieve these hands often enough to make it worthwhile.

So to summarise, if the situation is:

Do you know what a “limper” is? It’s someone who plays passively, and just plays the amount of the big blind when it’s their turn to open the betting. They won’t fold before the flop but they won’t open with a raise either. This gives you a great opportunity to go in aggressively and bluff.

Because you have no face up or communal cards, as you do in other poker variants, the amount you can guess or work out is more limited. So watch for how many cards people are drawing, and compare it to their betting demeanour. Clue – replacing four cards and “limping” is not usually a sign of a strong hand!